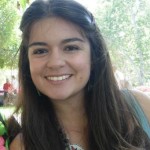 Lauren Veronica van Schilfgaarde (Cochiti Pueblo) is the Tribal Law Specialist for the Tribal Law and Policy Institute (TLPI), a Native American owned and operated non-profit organization that designs and delivers education, research, training, and technical assistance programs which promote the enhancement of justice in Indian country and the health, well-being, and culture of Native peoples. At TLPI, Lauren coordinates training and research for tribal justice systems on issues of jurisdiction, funding, and restorative justice, including for Tribal Healing to Wellness Courts, also known as drug courts. While in law school, Lauren clerked for the Native American Rights Fund and the Legal Aid Foundation of Los Angeles.
Lauren holds a J.D. from UCLA School of Law. While at UCLA, Lauren served as the President of the Native American Law Students Association (NALSA) and served on the Board of the National NALSA. Lauren also holds a B.A. in Religion from Colorado College.
Lauren is admitted to practice law in the State of California.
In addition to serving as an alternate NNABA representative for the Young Lawyers Division of the American Bar Association, Lauren also serves on the board of the California Indian Law Association.