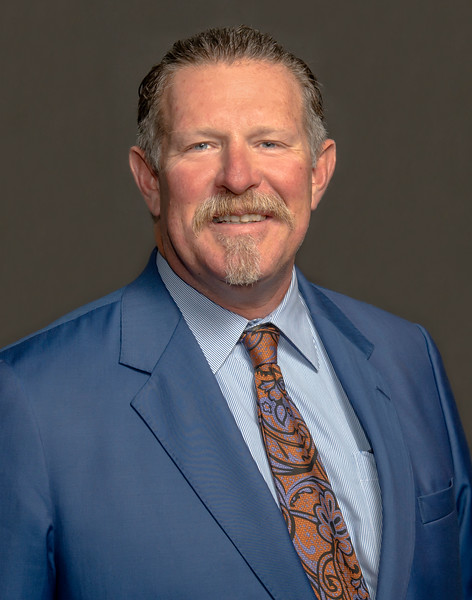 Robert is a Citizen of the Eastern Band of Cherokee Indians and has been practicing law in his own firm since 1992.  Over the past almost thirty years Robert’s practice has focused exclusively on representing Native American Tribes, their members and litigating Native American issues.  He has served as legislative counsel for the Eastern Band of Cherokee Indians; Policy Advisor for the Chairman of the Seminole Tribe of Florida, and outside counsel to Tribes across the Country.

Robert attended Brigham Young University where he was a member of the BYU Cougars football team from 1982 to 1987.   Robert majored in Art History and pursued a career in museum studies and curatorial work before deciding to attend law school at Washington and Lee University in Lexington, Virginia.

Robert is very active in various organizations including being the only male board member of the Broward County Women Lawyers Association.  In addition to BCWLA Robert is currently the President of the National Native American Bar Association.  Robert also serves in a number of positions within the American Bar Association including the Presidential Appointments Committee, Chair of the Judicial Divisions Minority Judicial Clerkship Program, Tribal Courts Council, Lawyers Conference, and has been an ABA Presidential Appointee to a number of standing committees and ABA projects.

Robert is an avid motorcycle rider having ridden in every state in the U.S. and Canada.  You will often find him riding over ten thousand miles with the Hoka Hey Motorcycle Challenge, staying on back roads through Indian Country and sleeping by his motorcycle.  In the past ten years Robert has ridden over 500,000 miles.  In addition he is a dedicated father, husband and loves to exercise to keep him ready for his rides.

Robert has been married to Amy Saunooke for 22 years.  They have three children.  The oldest, Jacob, is married and is the lead designer at Tesla motors in California.  Emily is married and living in Utah where she works with internet companies on SEO issues.  The youngest, Seth, is currently attending the University of California at Santa Barbara where he is studying computers and is a member of the UCSB rowing team.

Q& A With Robert Osley Saunooke:

I was born in Ohio but grew up in Cherokee, NC.

2. How did you decide to become a lawyer? Did you always want to practice Indian law and/or work for a tribe? Why or why not?

Unlike a lot of people I did not want to become an attorney.  My father was an attorney and I saw how difficult it was educationally and representing Tribes.   Throughout my entire young life my dad took me with him to every meeting and conference he attended on Native issues.   He was the first director of the United South and Eastern Tribes and also founded the Florida Governor’s Council on Indian Affairs.   I saw how hard it was and wanted nothing to to with that life.  I did not realize it at the time but my dad was preparing me to be a lawyer and educating me on Native issues even before I went to school.

I finished college and was uncertain what to do next.   I could get a masters in Art history or Museum Curating but that would require me to move to England.  My dad suggested I take the LSAT and think about law school.  He helped me understand that you did not have to be an attorney when you finished law school and could do anything with a law degree.  So I took the LSAT and was fortunate to get into a very good law school at Washington and Lee University and before I knew it I was an attorney.

When I finished law school there were still only a few Native Americans that were practicing attorneys.  Many of them worked for the BIA and few were in private practice.  Indian gaming was still relatively new as an economic venture and I started to get calls from Tribes looking for help on any number of issues.  Very quickly I found myself traveling the country helping Tribes start gaming, create tribal codes, funding agreements and other related activities.   I opened the first law office on my reservation and was soon practicing nothing but Native American related law.

2. To date, what do you think is your most notable accomplishment – either legal or personal?

Without a question being a father and husband is the most important thing I do or have done.  Aside from that most important fact I have been fortunate to argue in every federal appellate court on Native issues; represented Jose Canseco during the congressional investigations into steroid use and major league baseball; worked on the Violence Against Women’s Act with tremendously powerful Native Women fighting to protect our Native mothers and children and a host of other Native American related issues.

3. Is there anything in your career that you have not yet accomplished that you have set as a goal for yourself? If so, what is that? If not, do you plan to retire at some point or try another career?

I want to argue before the United States Supreme Court.  I have filed a number of Amicus briefs on Native issues and have had a few cases up for review but as of yet I have not had the privilege of appearing before the court to argue.  I would also like to teach more.  I currently teach Federal Indian Law and Policy at Emory Law School in Atlanta and would like that to be a full time job.

4. Why did you join NNABA? What would you like to see the organization do or accomplish in the near and/or distant future?

I did not realize soon enough how important it was to volunteer in bar organizations.   Strength comes in numbers.  Being passionate about what you believe in requires you to do more than simply work in the area.  You need to invest your time, money, and talents.   This epiphany led me to NNABA where I found others just like me who had the same passion, desire, and goals that I had.  It made me a better lawyer and provided me with a group that I could go to for support and if I had questions on Native issues.  I wish more Native American attorneys would join this organization.  I want to see NNABA rival the efforts of the other bars of color including helping to increase the presence of Native Americans in the judiciary, more funding for organizations, scholarships for Native students, and mentoring programs.

6. Do you have any advice for new lawyers? If so, what is it?

Being an attorney is what you do, it is not who you are.   Remember that the practice of law enhances your talents and abilities.  It is what will make you a better lawyer.  Do not forget to take time for yourself.  Volunteer in areas and organizations that support causes you are passionate about.  Take part of your salary and donate it to these causes to help support them in their efforts.   Build your life around more than just the law and try not to take yourself to seriously.  Everything that happens to you is personal but try not to take everything personally.   You are where you are because of what you have done and you will be where you will be because of what you will do.  So go out and do it.